In the studio to record a new EP

I'm excited to say that I am back in the studio with my band The Everyday Sinners in July.

We had our first rehearsal in a while last weekend, mainly down to me being focused on the solo album 'A Murder of Crows' over the last six months. But I'm back to song writing for the band now and have some new upbeat numbers ready to get down.

We're going to simplify the name from now on for all new releases, the name will no longer be Jack Cade and the Everyday Sinners, it'll just be 'The Everyday Sinners'. Anything released solo will of course come out under my name.

The EP will feature 5 tracks provisionally, 'Lawn of the dead', 'Belly full a fire', 'Ain't no shadows on the sun', 'My true love went across the sea' and a reworking of 'Everyday Sinner' from the first album. And I'm pleased to say that this release will be coming out on vinyl, that really puts a smile on my usually growling face.

Recording is happening down in Brighton and will feature a number of guest instrumentalists. The release date is set for the end of October, look out for more updates and info over the coming weeks. Check in on Facebook for the most up-to-date info.

Posted by Jack Cade No comments:

A Murder of Crows - the insprations behind the songs 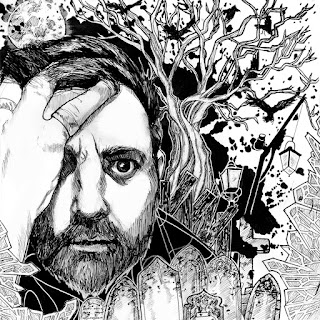 A Murder of Crows - the inspirations behind the songs.

It's been so long since I published a post up on the blog that I thought it was about time I got my finger out and got writing. In my defence, as any unsigned artist will tell you, making music and putting it out there for you all to find takes around 10% of our time songwriting and 90% doing the things you need to, but don't always want to do, like getting gigs, get reviews and airplay, support our releases, social media, update loads of different web presences, create artwork and videos, rehearse and, for the most of us, hold down some kind of job that pays the bills so we can eat.

For me I enjoy most of the process, the mammoth amount of emails I send out to receive the odd reply is sometimes hard, but then hey, everyone out there who reviews, features or plays music out there is pretty much in the same boat as me. You do it because you love doing it.

Back in April my new solo album 'A Murder of Crows came out. In the short time it's been around it's got a some great reviews on a number of blogs and Magazines as well as airplay on a number of shows, which has been great. The question I get asked the most on radio interviews and at gigs, often by other artists is where do you get the inspiration for your songs. This has been asked more with the new album as the lyrical content is pretty dark. So I thought I'd write down a few notes to go along with the release, it may give you an insight into how I write. Of course you may just think I have a morbid fascination with all the bad things in life and spend to much time looking back.

So here are the basic backgrounds song by song

Yella Green Grass is about one of those moments when the past blurs into the present, a moment when we hear or see a person from a past event associated with a place, and for that fleeting moment feel that it is real, before it slowly fades. This moment is set in a small park area on the hillside overlooking the river Medway in Rochester Kent, called Church Fields.

I've always had a strong love of, in particular Spaghetti, Westerns, with there often similar themes of good versus bad, where the lines between the two are very blurred and almost hard to define.  A world where it's OK to be bad, if you are bad for the right reasons. The storylines and structures are always very similar but the characters are exaggerated to almost comic book extremes. A film I love which is, to my mind, like a British Spaghetti Western, starring Paddy Considine, is Dead Man's Shoes.

A song which charts the destructive nature of dealing with someone else's loss and depression and how this can tear down everything around you.

The seven lives of Thomas Lee

This song was inspired by a graphic novel that I have been working on over the last year about a character of the same name who is possessed by the spirits of 6 executed criminals from different historical backgrounds... hopefully this will be finished in 2016.

In the summer of 2008 I was walking down the Oxford Road in Reading, where I lived until recently for 12 years. It was a hot summers morning and the sun was beating on the pavement as I walked into town. From down the street I could here an angry argument in full swing, not unusual for the Oxford Road to be honest. This one however had an edge and a sadness to the words that I had to write down immediately into one of my notebooks that I always carry. I kept them for many years, not sure how I should use them. I have now used the words from the argument in the Chorus of this song as they are quite profound, in the way they are used, and the sad state that humanity can still get to in our 'enlightened' society.

As I've mentioned, I love a Spaghetti Western and this song is inspired by that love. It tells the tale of the last day of a gunfighter. Spaghetti Westerns in particular feature an anti hero, someone who is bad enough to do what's needed but does it for the right reasons.

I spent many years living in the Medway Towns in Kent. It was badly broken when I first moved there, not long after the Navel dockyard had closed putting thousands of people out of work in the 80's. I still go back regularly and every time I do the town seems to have decayed that little bit more each time.

A song quite simply about the death bed and what it would be like to say goodbye to the one you love and realise that all the rest of what you have done with your life is unimportant compared to that.

In the mid 80's when I was at art college I got home to my digs and turned on the old black and white TV  to watch the news, within a minute of turning it on a picture of the drummer from my band was on the screen and the news reader was recounting the tragic death from butane gas inhalation of teenager David Poole. I had seen David only the night before at rehearsal, yet 10 hours after I'd last seen him he was no more. I lost a number friends as a teenager and it teaches you the fragile and uncertain nature of the time we have.

These have been quite brief descriptions on the subjects of my songs but I hope you got some insight from it.

Till next time.
Cheers
Jack

To Purchase 'A Murder of Crows' use one of the following links (physical CDs are only available from our website or at gigs).

Posted by Jack Cade No comments: